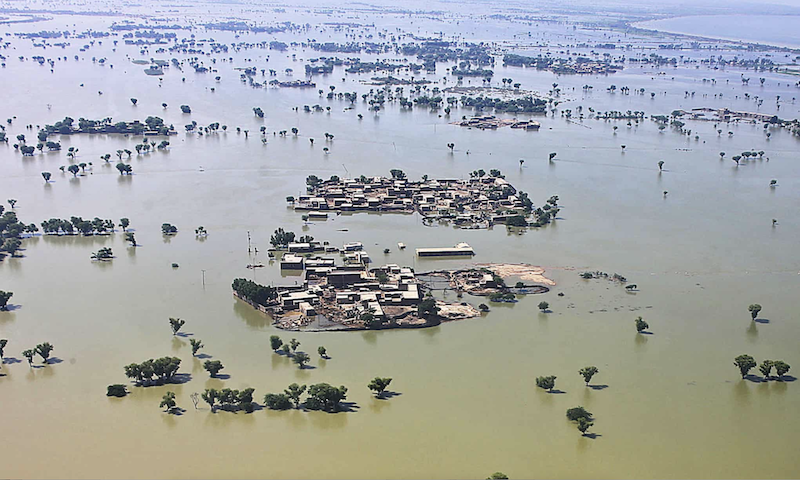 As I write this a large part of Pakistan is underwater, causing human misery on a scale I find hard to imagine. A cold hard truth is that these floods would almost certainly not be happening if it weren’t for the greenhouse gas emissions of the industrialised world.

New Zealand is very complicit in this, as its per-capita emissions are among the highest in the world. There is a direct causal link between the affluence many in New Zealand enjoy today, and the devastation people in Pakistan are experiencing.

Given the damage to the world’s climate that New Zealand is contributing to, one might expect that, as a bare minimum, New Zealand would do the decent thing. First it would stop damaging the climate, then it would reverse the damage already done. Right?

Unfortunately, New Zealand’s climate policy is light years away from that minimum moral standard. New Zealand’s long-term climate goals are spelt out in the Zero Carbon Act. One goal – reducing methane emissions by 25-47% by 2050 – still allows far too much methane into the atmosphere, causing intense warming in the short term.

But it is another goal that I want to focus on here: reducing New Zealand’s non-methane emissions to net zero by 2050. What does this imply? For one thing, it allows New Zealanders to continue burning fossil fuels for another twenty eight years, albeit at lower levels. This will add to even more devastation around the world, as well as in Aotearoa itself. If the plight of people in Pakistan is hard for the typical New Zealander to grasp, think how much worse things will be after twenty eight more years of cumulative emissions.

Eventually, in 2050, Aotearoa is set to become “net zero”. This means that for any further emissions, the same amount of carbon is to be removed from the atmosphere, most likely by planting trees. Calling this policy “net zero” ignores the fact that carbon dioxide from fossil fuels is expected to remain in the atmosphere for over a thousand years – far longer than carbon in planted trees can be realistically be expected to remain captured. Besides, there is not enough land on Earth to keep planting more and more trees for more and more emissions.

Something particularly unjust is that this carbon removal applies only to emissions occurring after 2050. Earlier emissions can be quietly swept under the carpet as if nothing had happened. Meanwhile, people will suffer the effects of those emissions for centuries or millennia to come.

The upshot is that the net zero goal of the Zero Carbon Act enables three things. First, it spares New Zealand from taking full responsibility for the devastating climate damage it has already caused in conjunction with the rest of the industrialised world. This is the damage leading to the current floods in Pakistan, along with a continuous stream of other disasters around the world.

Second, it allows these problems to be compounded by reducing emissions only gradually over the next twenty eight years, again without taking responsibility for the damage caused.

Third, its feeble attempt to finally take responsibility only applies to the tail end of emissions – those beyond 2050 – and is not of lasting effect.

Imagine you have a neighbour who has been carelessly damaging your property for years, and will keep damaging it for many more years to come. Imagine how you would feel if he then pats himself on the back – not for repairing all the damage, or even part of it, but for promising, sometime in the distant future, to do some dodgy temporary repairs for some small part of the damage.

It is not my intention in writing this to make anyone feel guilty. Our society so dependent on fossil fuels that it is all but impossible for an individual to stop using them. However, as a society I believe we can and we must stop burning fossil fuels. My hope is that if enough New Zealanders recognise the moral bankruptcy in their country’s climate policy, and make their feelings known, then the government will be pressured into real action. Then maybe, just maybe, Aotearoa will behave like a decent neighbour, set just targets, and find just ways of achieving them.

The scale of this is just so tragic. Thank you.

fully agree….we must decarbonise now, nothing else is ethical/moral/acceptable. life will be ok